Did you know that this oft quoted phrase is a line from a poem by JRR Tolkien? It appears in chapter ten of his book, The Fellowship of the Ring. If you don’t know the story, the poem refers to Aragorn, who is heir to the throne of Gondor but who cannot claim his throne until the evil Forces of Sauron are defeated. When we meet Aragorn in the story he lives as a Ranger wandering the realms of Middle Earth, gathering news of the enemy’s movements as well as protecting inhabitants from dangers unbeknownst to them. He is viewed with suspicion because he reveals little of himself, always traveling incognito and flying under the radar. By all outward appearance he is nothing more than a vagabond, but  in reality he is traveling a path toward his destiny. 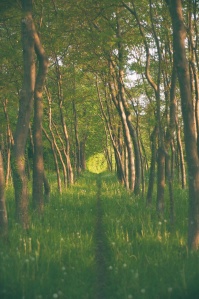 “Not all who wander are lost”- I have always loved the idea behind these words and the image they evoke. How utterly cool and confident is a person who wanders with intention. To not know your exact destiny but to know that you are consciously choosing the path you want to travel. Not aimlessly roaming because you are clueless and lost, but going forward with a sense of confidence and expectancy. 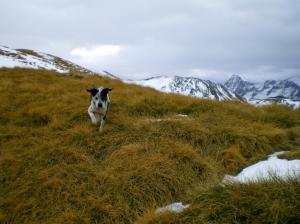 trotting down a meandering path. The sparse photo had this caption: “Not all who wander are lost.” The card immediately caught my eye and I bought it. But as I continued to ponder the sentiment, it began to haunt me. I realized that if, “not all who wander are lost,” then the implication is that some who wander most certainly are lost. What do you do if you are one of the lost and you have no clue about where you are going? I had to admit that this was true of me. For most of my adult life I had been utterly lost. 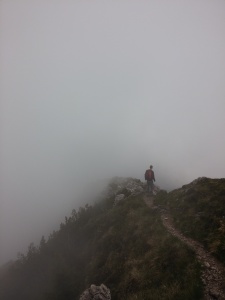 I was raised by very religious parents in the Plymouth Brethren Church. My parents sincerely believed that all of the direction and guidance I would need in life could be found in the Bible or in church. As a consequence, I was not taught or encouraged to make independent choices. My pedagogical indoctrination was so thorough and complete that when I was told, as an impressionable young teen, that God had a very personal “blueprint” for my life, I believed it wholeheartedly. I prayed earnestly for its revelation. I read Christian books on the subject and made myself as receptive as possible for the spirit to “guide my path,” as they say in God-speak. But Guess what? No divine guidance ever came. 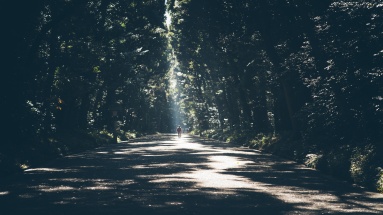 At first I assumed that there was some error on my part, so I hoped and prayed, and waited some more. Still nothing was revealed or made clear. Meanwhile, my life was continuing with or without direction. Time was passing. Clueless as to how to define my talents, much less how to harness and capitalize on them, I fell into a pattern of wandering through my life, often choosing by default.

That is not to say that I never made any good choices, I did. And I accomplished things of value and had enriching life experiences. I do not presume that everyone raised in a similar religious environment had my same experience. But for me, the effects were to cripple and delay my understanding of what it means to live a life with intention. To think about what I really wanted from life and to make conscious choices accordingly.

Of course I eventually came to the realization that I had been mislead-no matter how well-intentioned. There never was a

blueprint. Life is a mixture of what you make of it and things beyond your control. So you need to make the most of the part you can control. I remember one day stumbling upon the saying “Life isn’t about finding yourself, Life is about creating yourself.” As a person who was programmed to believe just the opposite, you can not imagine how novel the concept of self-determination was to me.

Fortunately I have always been a contemplative, analytical person with a passion for continuous growth and self-awareness. Over the years by observation and analysis as well as by falling into and climbing out of a lot of potholes in the road of life, I have come to grasp the meaning of living with intention. Now my life is about “creating myself,” and choosing what path I want to wander down without anyone’s permission or approval. I may not know my final destination but I am no longer lost.

Dear Reader, do you remember a time in your life when you felt totally lost?

Next time: How a Roman Emperor helped me discover how to live with intention.

5 thoughts on ““Not All Who Wander Are Lost””