I had jury duty yesterday- no wait, I mean jury “service,” as the nice woman in the instructional video corrected me and 75 other potential jurors in an attempt to make us feel better about why we were there. Of course she did have a point. The word “duty” has a somewhat negative connotation in that it implies obligation and obedience. “Service,” on the other hand, sounds more sacrificial, more generous, more noble. 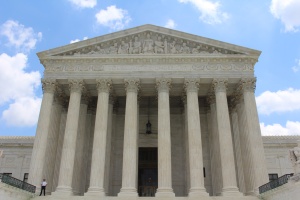 While I wholeheartedly concur on an intellectual level that participating in the legal process as a juror is a right and a privilege of living in a democratic society, I confess to feelings of irritation and anxiety about finding myself literally in the process. With rare exception, everyone I know, (and everyone I spoke to yesterday who was waiting with me in the jury room), dreads the jury summons in their mailbox. Why don’t we feel privileged and empowered by the opportunity to serve? Why does everyone reach for any life circumstance to use as an excuse from service?

On the surface, the explanation seems simple enough.We are all busy people leading complex 21st century lives and jury service is an inconvenience. It disrupts our entire routine and prearranged plans of work, school, and appointments. We are forced to re-schedule and re-arrange, find child care and pet care. But there is another source of our resistance I think.

Serving on a jury, or even spending a day in the jury pool, forces us to move out of the comfort zone of our known world and into the messy and unpleasant story of someone else’s world. It may introduce us to a world that we did not know existed and would prefer not to know anything about. It may involve criminals and the police. The story is no longer just something abstract that we see or hear in the news but one that we actually become a part of for a short while as a juror. Even so, I believe that our reluctance stems from something even deeper as I was soon to discover.

When we were finally ushered into the courtroom, the jury pool had shrunk to fifty people. The judge explained that they were selecting a jury for a criminal trial. Twelve names were called to fill the twelve chairs. I felt a huge sense of relief at not hearing my name called but I knew I was not out of the woods yet.  Once the prosecutor and the defense attorney got through with their questioning, some jurors would be dismissed and I was still in the pool. 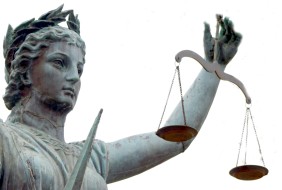 Initially the attorneys asked routine questions about job and family. They then moved on to questions aimed at revealing any inability on the part of any juror to be impartial in this particular case. Those of us not in the jury box had been instructed by the judge to pay attention to the questions as we might have to answer the same in due course. The attorneys asked jurors of any personal experiences involving robbery and assault. Little by little stories emerged from half of the jurors in the affirmative. Over the course of two more hours another twelve people cycled through the jury box in an attempt to seat an impartial jury to the satisfaction of both sides.

My luck held as the final group was chosen. I would be going home soon, my “tour of duty” completed. But as I waited and listened to the responses of my fellow jurors in that courtroom I realized what may be at the very heart of our aversion to jury service, at least I think it is for me. In a sense, we, the jury, in those moments of reflection, face our own trial. In the quiet solemnity of the courtroom we are forced to examine our hearts and be honest about our own biases and prejudice.

Each juror who had been a victim of robbery or assault was questioned at great length by the prosecutor and then cross-examined by the defense attorney, not in an attempt to pry or be cruel or to embarrass but to get at the truth. Would that juror’s personal experience  prohibit them from judging the facts of the case fairly? I thought it brave and admirable of those who when put on the spot struggled openly to answer that question. Meanwhile I, and I’m sure others in the jury pool, struggled with it privately.

Without exception, they all responded that they wanted to believe that they could be fair and impartial. We all want to believe that. The truth is, we are all composites of our life experiences and we don’t check them at the door of the courthouse or anywhere else we go. And as both attorneys pointed out, that admission is not right or wrong and nothing to be ashamed of. It might mean however, that you are not the right juror for a particular trial.

That day I had to acknowledge that my own bias and prejudice would have prohibited me from being selected for that jury. Had my name been called I know how I would have responded, I would have answered truthfully. This “trial of the jury” as I call it is simply the precursor to the trial itself. They share the same goal, to seek the truth in fairness.