Soundlessly the door opened as a father and his two young sons emerged from a small side room, and into the vacuous lobby of the Animal Emergency and Trauma Center. The boys’ red blotchy cheeks, downcast eyes, and slumped shoulders telegraphed the sad story that had unfolded on the other side of that door. Their father led them over to one of the hard wooden benches that lined the walls of the waiting area where I too was sitting, and waiting. Two days earlier, my dog, Chuckles, had been admitted for a life-threatening liver infection and I was hoping to bring him home after meeting with the doctor. 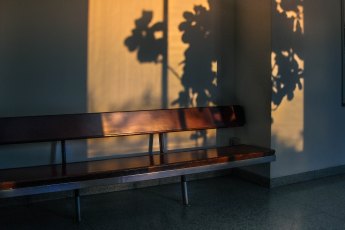 The room was quiet at 7:00 o’clock in the evening, except for the television that ran incessantly like a kind of “white noise” in the background. I imagined it as a ridiculous soundtrack to all the traumas and dramas that flowed in and out of that space, like the one I was witnessing now, like my own, too. I couldn’t help but watch and listen as this father offered comfort to his sons, each in their own turn. Gently, he cradled the first boy’s face with his hands, and spoke words so softly that I could not catch them, but the sentiment could not have been more clear. With tenderness he kissed the boy on his forehead. Then to his other son he did the same. 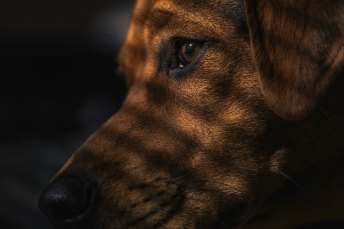 I sensed that he wanted to capture the significance of the moment for them, and to honor its solemnity. He did everything with such intention, as though to say, “yes, this is what grief feels like. This is how badly it hurts to lose someone you love. I cannot shield you from the pain but I can reassure you of my love. Today we are bonded by our grief, but also by our love for each other.”

As witness to such compassion, I felt the tears welling up in my own eyes. It didn’t take much, with my own recent fear of loss so fresh and close to the surface. How tender our own grief makes us! How universal the bond! Sitting there in that waiting room, in that time, I felt a part of their story and they of mine. Just then, an attendant came around the corner and called out “Chuckles!” I jumped up to see what awaited me behind another closed-door.

2 thoughts on “A Grief Observed”